For many Australians who live on the east coast of Australia, in particular Sydney and Melbourne, we are seeing a new generation of interstate migrants who are making the move to Perth.  There is a daily average of 133 people who leave Sydney for elsewhere in Australia compared to a daily average of 83 Australians who make the move to Sydney.  This is not at all surprising and the fact is that Sydney loses more people to the rest of Australian than it gains and continues to do so for the last four decades.

A survey of more than 1000 Sydneysiders from McCrindle Research asked about the challenges of living in Sydney revealed cost of living being the greatest concern followed by housing affordability and traffic commute times. 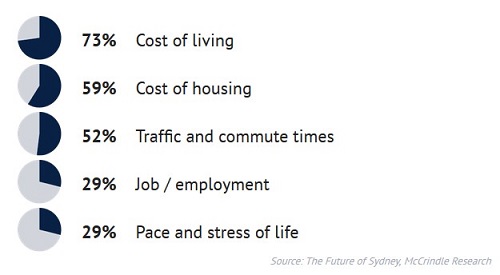 Reasons to make the move to Perth

Western Australia has officially taken the title from Queensland as the ‘Sunshine State’.  According to Bureau of Meteorology, Perth has an annual average of 8.8 hours of sunshine a day compared to Brisbane where the city has 8.2 hours of sunshine a day. Sydney and Melbourne remain above Hobart with 7.2 hours and 6.5 hours consecutively.  More sunshine means more time outdoors and more opportunities for greater work life balance. 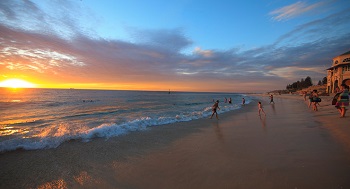 Perth is regularly ranked in the top 10 most liveable cities in the world, with the most amount of sunshine than any other capital city; it is not difficult to find ways to enjoy them.  Beautiful pristine beaches that offer stunning sunsets off the Indian Ocean, world class wine region within proximity, one of the largest inner city parks in the world with 400 hectares of native flora.  Visit some of Perth’s amazing restaurants that has some of the best food and wine on offer or head into town to and enjoy the vibrant entertainment precinct if offers.